Magpie geese are unmistakable birds with their black and white plumage and yellowish legs. The feet are only partially webbed, although the Magpie Goose will feed on vegetable matter in the water as well as on land. Males are larger than females. Unlike true geese, the moult is gradual, and there is no flightless period. The voice is a loud honking. The Magpie Goose is found in a variety of open wetland areas such as floodplains and swamps. It is fairly sedentary apart from some movement during the dry season. They are colonial breeders and are gregarious outside of the breeding season when they can form large and noisy flocks of up to a few thousand individuals. Its nest is on the ground, and a typical clutch is 5-14 eggs. Some males mate with two females, all of which raise the young, unlike some other polygamous birds..This species is plentiful across its range, although this is significantly reduced in comparison to the range at time of European settlement. The range once extended as far south as the Coorong and the wetlands of the South-east of South Australia and Western Victoria. For Australia as a whole, it is not threatened and has a controlled hunting season when numbers are large.(Wikipedia) 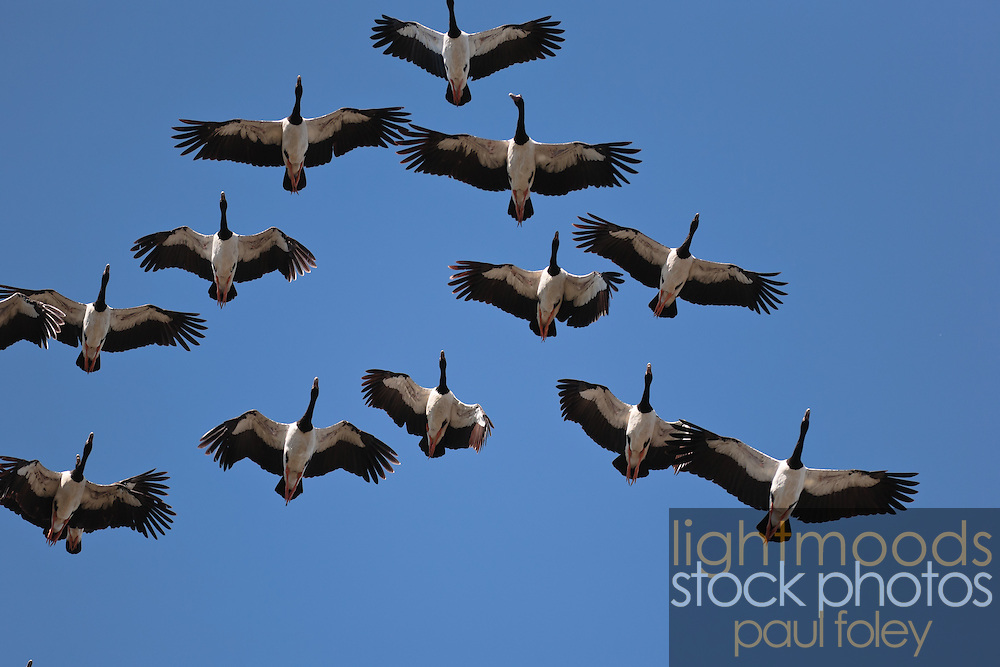