The London Millennium Footbridge over the River Thames London, E

The London Millennium Footbridge is a pedestrian-only steel suspension bridge crossing the River Thames in London, England, linking Bankside with the City. Construction of the bridge began in 1998, with the opening in June 2000..Londoners nicknamed the bridge the Wobbly Bridge after crowds of pedestrians felt an unexpected swaying motion on the first two days after the bridge opened. The bridge was closed, and modifications eliminated the wobble entirely. It was reopened in 2002..The southern end of the bridge is near Globe Theatre, the Bankside Gallery and Tate Modern, the north end next to the City of London School below St Paul's Cathedral. The bridge alignment is such that a clear view of St Paul's south facade is presented from across the river, framed by the bridge supports 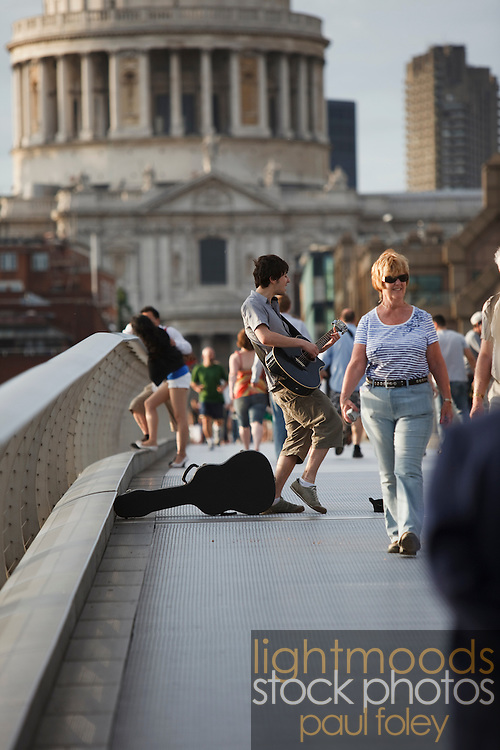